ASTM E220 is used to describe the principle, apparatus, and procedure to calibrate thermocouples by comparing them with a reference thermometer.

There are three test procedures described in ASTM E220:

In this method, any number of thermocouples can be tested rapidly. The reference thermometer may be of any type meeting the uncertainty requirements for the calibration, but it is necessary that the data acquisition system can accommodate the corresponding type of signal. A scanning unit sequentially connects each thermocouple to the input of a voltmeter. In the time interval between a reading of the reference thermometer and of a test thermocouple, the temperature of the calibration zone will vary. Measurements shall be made rapidly enough so that this variation in temperature is small in comparison to the uncertainty of the temperature. The EMF-measuring system consists of a voltmeter, a display, and a data storage system (Figure 1). It may be desirable to provide a calibrated EMF source and a zero (or shorted) input to the data acquisition system as references to improve the accuracy of the measurement. 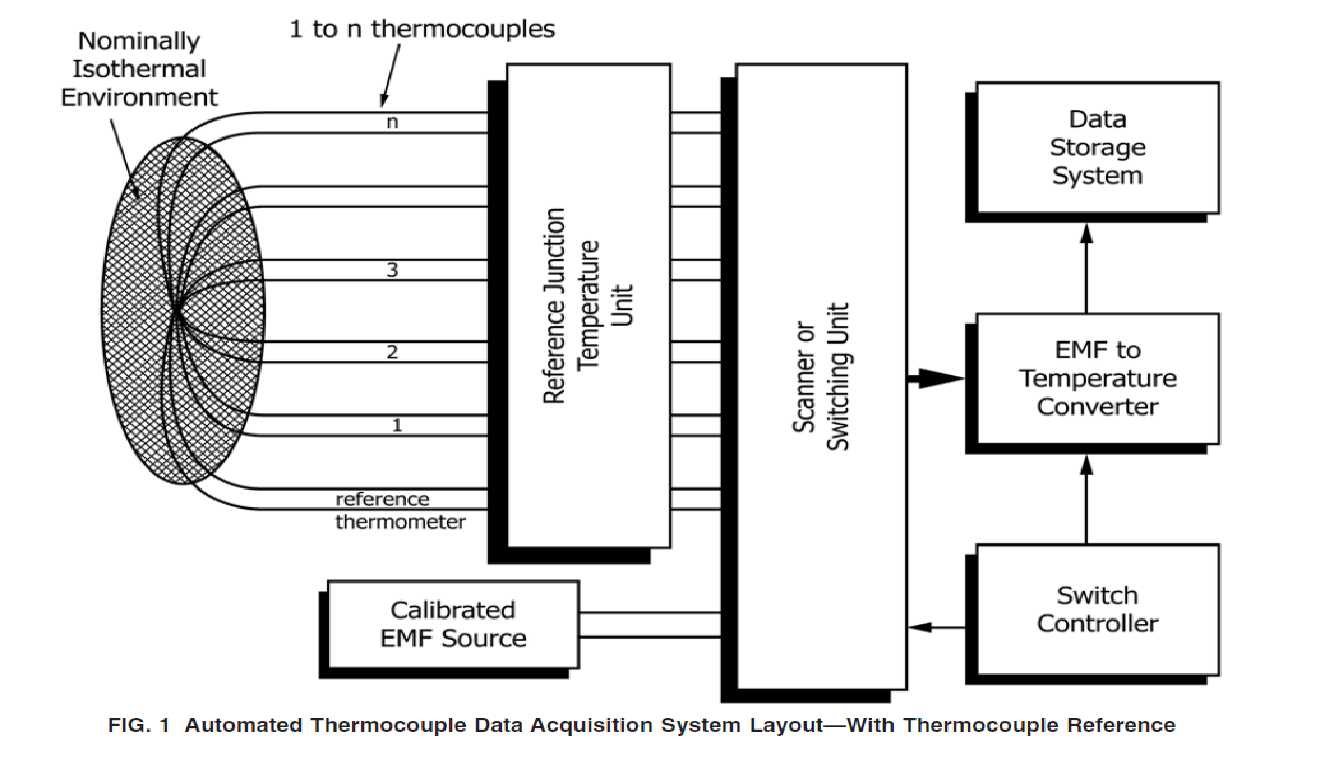 ASTM E220 test involves calibration of unused thermocouples for a temperature range of -195 to 1700ºC.

The EMF difference for each calibration point is calculated in ASTM E220 by using the following equation:

Er is the table value of EMF

E is the EMF of the test thermocouple at the temperature of the calibration point.

ASTM Standards
See All
OUR SERVICES

Let us combine our capabilities to achieve success!!