Drop weight test ASTM E208-06 is extensively used to investigate the conditions required for the initiation of brittle fractures in structural steels. It covers the determination of the nil ductility transition (NDT) temperature of ferritic steels, 5⁄8 in. (15.9 mm) and thicker.

This test method is used for steel that is subject to fracture toughness requirements as determined by the drop-weight test as per the inquiry, contract, order, or specification. The values stated in inch-pound units are to be regarded as the standard.

The drop-weight test employs simple beam specimens specially prepared to create a material crack in their tensile surfaces at the early interval of the test. The test is carried out by exposing each series of specimens of a given material to a single impact load at a sequence of selected temperatures to determine the temperature at which the specimen breaks The impact load is provided by a guided, free-falling weight with an energy of 250 to 1200 ft-lbs (340 to 1630 J) depending on the yield strength of the steel to be tested. The specimens are prevented by a stop from deflecting more than a few tenths of an inch. The test is carried out by in a sequence: initially, after the preparation and temperature conditioning of the specimen, the initial drop-weight test is conducted at a test temperature estimated to be near the nil ductility transition (NDT) temperature. Then, depending upon the results of the first test, tests of the other specimens are conducted at suitable temperature intervals to establish the limits within 10 °F (5 °C) for a break and no-break performance. A duplicate test at the lowest no-break temperature of the series is conducted to confirm no-break performance at this temperature. 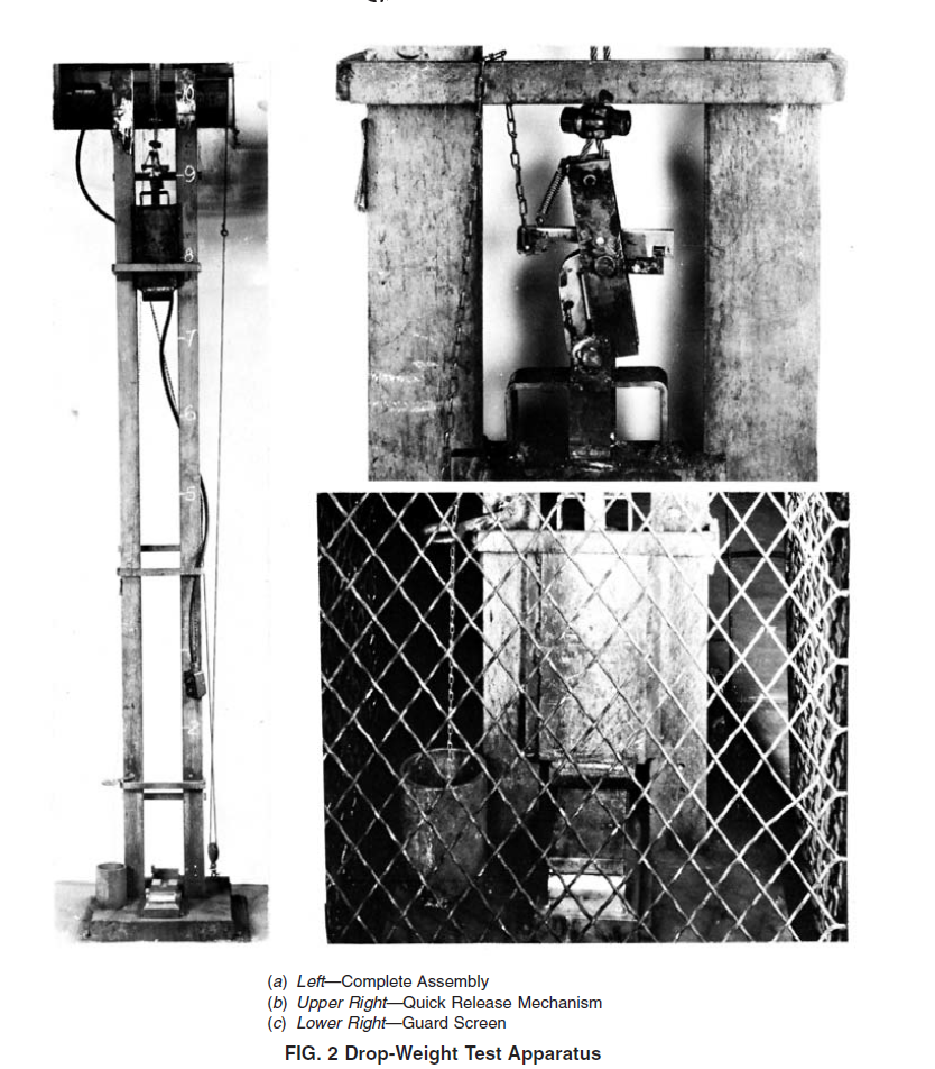 The result of the test for each specimen is by inspection of breaking, No breaking of Specimen.

ASTM Standards
See All
OUR SERVICES